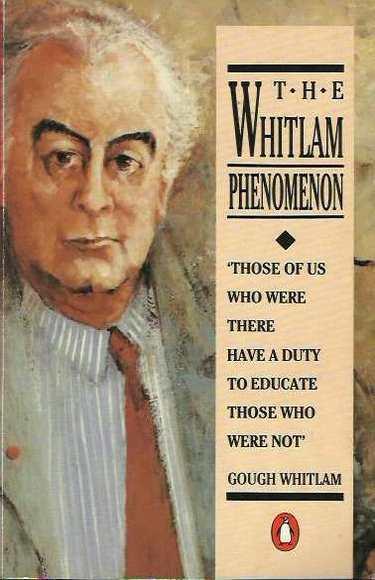 The prestigious award, now in its third year, recognises individual Australians who have contributed exemplary and inspiring lifelong work of high achievement in their area of expertise, with benefit to the wider Australian community. Adelaide based McFarlane has been capturing defining moments of Australian life for more than half a century.

From his early work in the s capturing the now iconic images of a young Indigenous activist Charlie Perkins at university and the Beatles arriving in Australia, McFarlane went on to photograph many historical Australian moments both big and small over the subsequent decades.

McFarlane will be assisted in this, and particularly in the preparation of a monograph of his most important images, by fellow photographer and writer, Gary Cockburn, who nominated McFarlane for the Award. The National Library of Australia is honoured to hold a large collection of his powerful portraits of notable personalities and candid images of social life and conditions.

The cultural landscape of Australia has long included Meryl Tankard, and having been fortunate enough to photograph her in performance, I was delighted to learn that she was a recipient of the Bettison James Award last year.

Jim co-founded Codan, a successful and award-winning Adelaide company, established the Developed Image Photographic Gallery and served as Deputy Chancellor at the University of Adelaide. Helen was an exhibiting studio artist. Having decided to become a documentary photographer he moved to Sydney and began freelancing for Walkabout, People, Flair and Vogue magazines.

With encouragement from established photojournalists David Moore and Robert Walker, McFarlane started exploring the two genres of photography that would dominate his career for the next five decades — social issues and performance, particularly cinema and theatre.

Apart from the yearswhen McFarlane freelanced in London for The Telegraph Magazine, Nova and The Sunday Times Magazine, his photographic archive covers four of the most convulsive decades in recent Australian history.

In addition to almost constant publication in newspapers and magazines, McFarlane has contributed to a wide range of books, was the stills photographer for more than 30 films, and has worked for a number of leading Australian theatre companies.

McFarlane has also written extensively on photography as a critic for The Australian and more recently, The Sydney Morning Herald, and has contributed critical essays for more than 20 books and catalogues.

It is hoped that this writing about photography will also be compiled in a book. McFarlane has also worked as a photographic judge, both in Australia and internationally.New competition will emerge and has been emerging for years.

Most of these devices can be found on the market, but as new competition enters the market, . LondonJazz is a not-for profit venture, but may occasionally take on work as a paid publicist and/or sell advertising packages.

Where a piece published after 26th October appears which is linked to this activity, the text will be followed by the following symbol: (pp). One of its main citizenship programs is the “What Matters?” essay competition for high school students, which last year received over 3, entries.

The program is also set to have an exciting new patron this year, Channel Nine’s Lisa Wilkinson. Each year the Whitlam Institute asks Australian young people in grades ‘What Matters?’ with their What Matters?Writing urbanagricultureinitiative.comished by former PM Gough Whitlam, What Matters?

is part of the WI’s civics education program, inspiring young people to think big & make change. The second period started in the 19th century and appears to coincide with the development of phonetics as a science. In , Noah Webster published his first dictionary, A Compendious Dictionary of the English urbanagricultureinitiative.com included an essay on the oddities of .

Australia's Most Prestigious Essay Competition. The Governor-General's Prize is an annual essay competition open to students who are Australian citizens and enrolled in an undergraduate degree at an Australian university.